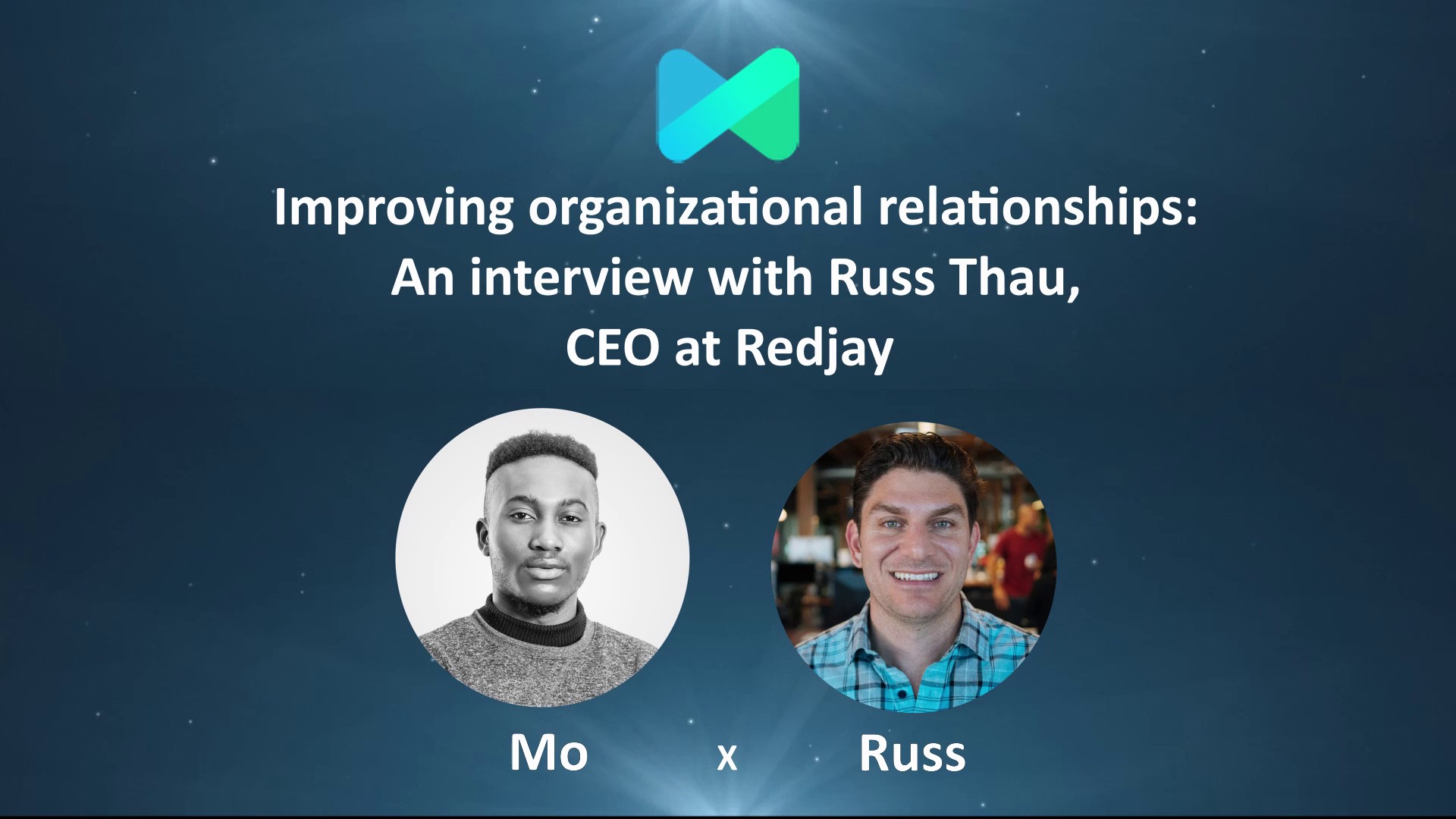 Russ Thau has worked in tech his whole life. He got an early start at his father’s Silicon Valley startup in the 90s, helping to sell software CDs, before moving to SuccessFactors, a startup working on automating HR processes around performance management. He then joined file-sharing startup Box as their first sales manager, helping them scale their operations. However, he left before Box’s IPO to join a small Irish startup called Intercom, helping them scale to tens of millions in revenue.

I joined [Intercom] right around a million in ARR. I had to convince Owen, the CEO, that he could use a sales team and a salesperson because I actually ran into him at a Box event. And I thought, “Oh my gosh, this product makes so much sense.” I wanted to use it at Box. And then I was like, “Can I just come work for you?” … That was my first VP of sales position.

Russ took a brief break after his stint at Intercom before resuming his career in successive sales leadership roles at Airtable, LaunchDarkly, and Envoy. His modus operandi has been consistent throughout these roles: he joins startups when they’re young, helps them scale, and moves on to the next promising unicorn.

I’m starting [my own company] from scratch because I love the building phase. I love the creating phase. Once the flywheel is spinning, and you got it on repeat, that’s where I’m like, “I’m going to go build the next one.”

Building from the ground up

These days, Russ runs Redjay, a startup that helps managers manage their teams without creating extra work. One of the friction points the company is working on is the changing and challenging nature of remote team management.

What’s fascinating is [that] sales has [already] been doing remote, telesales, inside sales court, whatever you want to call it. So it’s not that abrupt [of a] change for sales teams but for managers - how [to] get a lot of these things done that you used to do in person.

Working remotely has been a challenge for Russ and his globally distributed team. His engineers, for example, are in Oklahoma, while his designers are in Portland and Buenos Aires, respectively. Focusing on improving communication lines - both synchronous and asynchronous - has proven fruitful in managing this challenge. Redjay’s sales stack currently consists of Slack, Salesforce CRM, Chorus, Gong.io, Outreach.io, Dooley, and Scratchpad.

1-on-1s are another area Redjay focuses on improving for both parties - taking them from mandatory, potentially dread-inducing events to interactions that shape behavior and lead to better long-term results.

Beyond wrangling remote team management, Russ believes that managers need to institute and adhere to work-life balance initiatives. Employees follow the actions of their leadership teams, and inconsistency from the top can lead to confusion and an unhealthy work environment.

If you’re saying, “Oh, everybody has work-life balance,” but your manager is available at all times and you’re getting emails, you’d be like, "Okay, this manager is saying one thing but doing another.”

On hiring and culture

This adherence to moderation extends to hiring, too. Russ believes in hiring slowly to preserve cultural fit and the quality of the interview and onboarding process - regardless of the revenue potential of bringing more hands on deck.

[The thinking is that] if everybody has a million-dollar quota, [and] we hire ten people, we’re going to do 10 million - so let’s just hire ten people. [But] there’s just so much that goes into getting top [candidates] and making sure they’re revved, trained, and onboarded.

During the hiring process, Russ seeks out entrepreneurial candidates with a chip on their shoulder, a history of success, and the ability to explain those wins. Like Chad Malchow, our previous guest in this interview series, Russ avoids candidates who use too many buzzwords in an interview.

I love [candidates] being able to articulate why and how. That’s what I look for the most because I think that level of drive and intelligence can’t really be taught.

Hired candidates eventually settle into a culture that prizes transparency, diversity, going the extra mile, focusing on the little things, and individual passion for the team. And when it comes to promotions, Russ has eight criteria he uses to assess an employee:

Unsurprisingly, managers are assessed against an extra set of criteria. Russ prioritizes managerial candidates who are active beyond their immediate team, increase their deal sizes over time, and help their direct reports grow and hit their quotas. For those candidates, Russ has just one productivity tip: “Don’t take on too many things.”

I used to think more was better. I’m like, “I’m doing so many things; look at how long my to-do list is; this is great.” Whereas now, it’s just “What is the one thing that’s going to move the needle? Let’s focus on that.” And everything else, you just have to push it away.

His book recommendations are particularly salient for founders, with titles like “Traversing the Traction Gap” by Bruce Cleveland and “The Score Takes Care Of Itself” by Bill Walsh. He particularly enthuses about the latter as a model for improving business efficiency over time by focusing on the quality of inputs rather than output metrics.

To his younger self, Russ would advise practicing more patience around challenges and career progression.

I would have told myself, “Listen, this is just a little bump, wait it through, and you’re going to learn so much more.” Rather than like, “All right, cool. Let’s go try the next thing.” Just patience, patience to all the younger people out there.